is it okay to eat maggi?

im 8weeks pregnant,so craving for a maggi..is it okay if i eat maggi?or not good for the baby?

Eating instant noodles during pregnancy would seem like a great choice, as it is tasty, full of spices and can be cooked in a jiffy. However, it is not exactly safe. For starters, instant noodles do not have any nutritional value and they only satisfy your hunger for a period of time. They are as bland as they can ever be, so avoiding them would be a good idea. Another harmful substance present in instant noodles is MSG, although the packets say that MSG is not added at all. However, it must be remembered that the FSSAI has deemed Maggi unsafe and unfit for consumption, so the jury is still out on whether MSG is actually present in the garnishing.Tertiary Butylhydroquinone or TBHQ is a toxic chemical used in instant noodles as a preservative. It is a petroleum derivative, and is used are in paints, cosmetics, and even pesticides. TBHQ is obviously dangerous for the health of your child, especially in the long run.side effects of TBHQ.Nausea, delirium, breathlessness, and tinnitus are the immediate side-effects of TBHQ if it is consumed in large quantities. It is eliminated by the body after a short period of time, but if you are an avid consumer of instant noodles, it stays in the body for longer periods. It can also cause metabolic syndromes, which can mess with blood pressure, cause obesity and even spike up bad cholesterol levels. TBHQ can also lead to heart issues and diabetes.

a crazy wife and even more crazier mom of 2 boys

just take a few bites to take the craving off. instant noodle isn't just only not good for baby, it is not good even for adult and non pregnant full grown adult. so yeah, not too much yeah. also, I realize that i only have craving when i am hungry, and whenever i want to take the cravings off, i just take few bites of anything to not let myself hungry, and the craving will disappear with the hunger. it worked for me, maybe u could try it if u have cravings for not so good things.

During my first month pregnancy i also crave for maggie instant noodle. When i consult my doctor, she said u can eat but not too frequent. Bcause the bad one is the rempah maggie itself. So if u are craving for it badly, reduce the rempah and add more veggie also protein to make it more nutritional.

Excited to become a mum

My bb want maggi last week. Chicken maggi. What i do was, i boiled some chicken and make a soup. Put bit of vege and egg. Lastly put some mee kuning. Tadaaaaaa. It mee maggi darling.. heheeee. Now, no more craving for maggi mee. Hope my bb satisfied with it . ^_^ 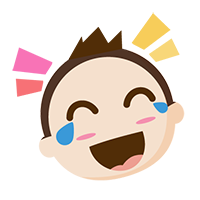