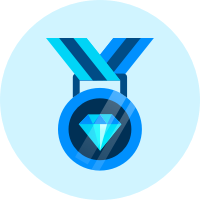 I am an engineer, a fitness enthusiast and a first time mom

#MagandangGabi It was an ordinary day at the church, my mom was the commentator, my dad was a lay minister and my brother is an alter server so they all went to the church’s mini office to prepare and get dressed while I went inside the church and sat on an empty pew. There are less than 10 people inside, I was just hovering my phone while waiting for the mass to start. Suddenly there was a mic that turned on, it was from the choir loft. We heard two finger taps on the mic then somebody said “hello”. At first we all thought the choir was preparing for the mass, trying to test the mic if it’s working. When the mass begun there were no songs nor music instruments playing. Turns out there was no choir at all during that ordinary mass, besides it was just a weekday mass. We were all shocked that there was a mysterious “hello” and finger tap on the mic that day, we asked the care taker who might it be, he just said “nakalock po yung choir loft ngayon” 👻